Identifying lacewings and their allies

Unfortunately, to identify lacewings, snakeflies, alderflies and mecopterans to species level specimens usually have to be collected. This is because species are identified on characters that require a microscope to view. There are only a few exceptions to this, for example, the distinctive osmylid, Osmylus fulvicephalus, whose patterned wings, large size and red head separate it from all other British Isles neuropterans. In addition, the hemerobiid, Drepanepteryx phalaenoides, with its distinctively shaped hooked forewings separate it from all other British Isles neuropterans. The mecopteran Boreus hyemalis is also easy to distinguish from all other mecopterans without taking a specimen.

Firstly, remember not to do bulk sampling, as this can be detrimental for a population, whereas the collection of individual specimens will not cause any harm. The best way to euthanize the insect is to place the tubes containing the insect into a deep freeze for a few hours; this is the most natural way as it is just bringing winter forward for the insect. Make sure the insect has thoroughly thawed out before handling, to avoid damage. Ethyl acetate in killing jars will also euthanize the insect (after 20 minutes) but may discolour green lacewings if left in for a long time.

If you do take a specimen it is important to note down at a minimum, the Date, Location name, OS Grid Reference/GPS Latitude and Longitude, and Recorder’s name. Other information such as collection method, habitat, any plant associations, temperature, time collected etc. are also useful to record. If the specimen is identified it is very useful to record the name of the person who identified it.

Light traps and sweep netting are good ways to collect specimens. If you want more information on lacewing and allies distribution, habitats and collecting techniques see:

All collected insects should be preserved, either pinned or in alcohol, with labels giving the Date collected, Location name, OS Grid Reference/GPS Latitude and Longitude, Recorder’s name, Species name, and Identifier's name. For more information on preserving your specimens, see Plant, 1997.

You can easily identify some of the species using a microscope without the need for dissection. For example, all the species of snakeflies (Raphidioptera) from the British Isles can be differentiated from each other by their wing venation. The alderflies (Megaloptera), both males and females, can be identified from their genitalia without dissection; this is also the case with male scorpionflies (Mecoptera). Lacewings (Neuroptera), for example Conwentzia (Coniopterygidae) species, male Sisyra (Sisyridae) species, green lacewings (Chrysopidae), some brown lacewings (Hemerobiidae), and antlions (Myrmeleontidae), can be identified using a microscope without dissection. Some species however, require dissection or clearing of their abdomens (using 10% potassium hydroxide – see Plant 1997 for details of this method) to view diagnostic characters.

The taxa section of this website is currently being updated with details on how to identify species. The best published resource for the identification of British Isles lacewings and allies is:

This is an excellent resource on identifying the species from the British Isles. It has information on the habitats, plant associations and distribution of the insects, in addition to how to preserve specimens, and how to prepare specimens to view the diagnostic characters of the genitalia. The illustrated identification key covers all species from the British Isles, with the exceptions of a few species recorded after publication. To identify these extra species see:

Nineta pallida and Nineta inpunctata – Canard et al. 2014. On the occurrence of Nineta pallida (Schneider, 1846) and N. inpunctata (Reuter, 1894) in the British Isles and remarks on these rare green lacewings (Neu.: Chrysopidae). Entomologist's Record and Journal of Variation, 126, 97-108. For all European species see: These books are in German and unfortunately very expensive. However, even if you cannot read German, the books have excellent images showing diagnostic features as well as distribution maps. This is an essential resource to consult if you have a specimen that does not quite fit with Plant’s 1997 key, as you may have a first record of a mainland European species in the British Isles (if this is the case the specimen should be retained and sent for confirmation). 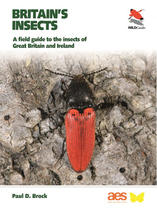 This has a well-illustrated guide to identifying some species of lacewings, snakeflies, alderflies and mecopterans found in Britain.

Killington’s 1936/7 monograph on British Neuroptera has a wealth of information on the lacewings found in Britain, some of which is still relevant, however care should to be taken as it was published over 80 years ago and therefore some information is now out of date. The same is true of Fraser’s 1959 Key, which also has some errors within.

If you are struggling to identify your specimen, you can send them to:

Make sure to say whether you want the specimen returned after identification - if you do make sure postage stamps or arrangements for payment for return postage is included.